Where unlimited freedom draws above the clouds in the best sense of Reinhard Mey, people usually associate the underwater world with other feelings: at best, the submarine is perceived as mysterious or unknown, often the connotation is much more negative. Below sea level it is dark, threatening and obviously there is no air to breathe. Problems like claustrophobia and fear of suffocation inevitably get crushed under the diving helmet. Furthermore, our survival there either depends on fragile technical equipment or people, even with fins, remain clumsy swimmers, at the mercy of the snapping jaws and intertwining tentacles of sea creatures. Far below, in the abyssal plain, the extraterrestrial horror lurks: no place on earth has been so badly explored, no other area so close to the hostile void of space, nowhere else are there such unusual creatures. And if you manage to escape from them, then the head of the little person in a hurry who hurries towards the air that promises air will literally explode …

Don’t you feel like exploring the virtual ocean right away?

Since Luc Besson’s Intoxication (1988), the underwater adventure theme has entered Western pop culture, and of course there is the progenitor Jules Verne with his proto-science fiction 20,000 Leagues Under the Sea (1869). The video game also tackles the subject again and again: sometimes very playful like in Ecco the Dolphin, sometimes with an educational twist like in the instructive Wii Endless Ocean adventures. ABZ focuses on the aesthetics of underwater flora and fauna, Soma makes your blood boil, Silt comes without shades of blue, and Subnautica titles stress you out with all aspects of the maritime struggle for survival. Soon Under the Waves would like to join this phalanx of sonorous names – again with a completely different approach: it’s a leisurely exploratory adventure that alternates between walking simulator, classic adventure and submarine simulation – and it’s a chic retro sci-fi skill combined. with human drama and supernatural appearances. The newly announced title was already playable for 30 minutes at Gamescom – join us for a refreshing preview dive …

The person behind the mask (underwater). 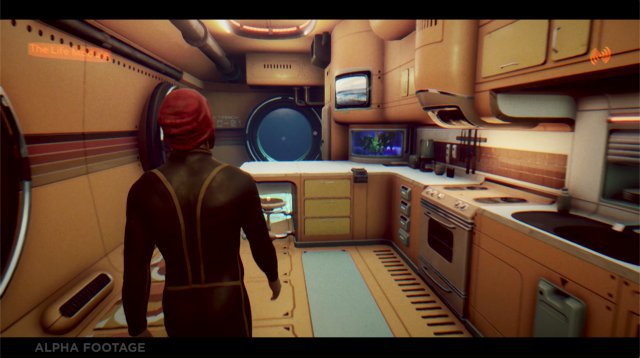 Stan’s home for the next few months: an underwater station with a subtle retro sci-fi style.

I promised a double aha moment in the introductory text, for that you need to know something about the character first. You play the professional diver Stan, who has dedicated himself to a solitary and not without danger work in the depths of the North Sea. After a personal loss, he wants to rearrange his life – it sounds a little serious, almost melancholy, but even the paper of a press release is patient. With my hands on the controller, I don’t learn much about Stan at first. I look behind him as he climbs into the diving cage to get into the water. At the bottom, I direct his slow steps along a grate path in a flooded submarine base. Skill is hardly required, skills combined and a sense to find the way at least a little. What else do I do, I’ll deal with that in a moment. 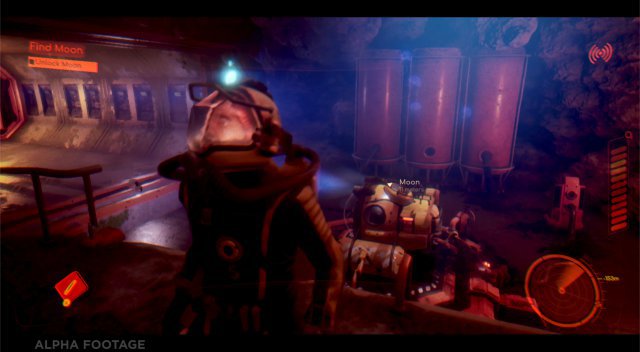 Stan is looking for the Moon, his dive guide. The cartoon style of the figures, combined with the refraction of light underwater, creates a distinctive look.

But even after 15 minutes, Stan is strangely foreign to me, I only saw his wacky comic-like face at first, since then it has felt like an extension of my controller into the underwater world, but not like a character. Only in the last third of the demo, when Stan has meanwhile arrived at the well-established base station, do we get closer. First he does some routine things, then the tired-eyed bearded worker sits behind a monitor and makes a video call to his partner. The couple, separated by countless nautical miles (and perhaps even a few other things), talk about their relationship, about the free time that Stan’s work brings. And about the uncertainty about how things will go next. And this is where it clicks: after just a few lines of dialogue, Stan and I are connected souls. Because Stan is a normal person with normal problems. Stan is like me. No zombie hunter or fantasy warrior. That’s why I feel for him, that’s why I want to know immediately what’s behind the problems between them, what happened and if things can still be fixed. I absolutely have to play Under the Waves – this is already clear.